Question: Who can be saved?
Answer: Anyone! Anyone in the whole world.

By this time, I hope it only makes sense, from Scripture, that anyone can be saved. I hope I've demonstrated from God's word, not my imagination, that Jesus Christ has executed all the work required. Salvation is not by works. Salvation cannot be earned. I hope it is also clear from the word of God that no one, no not one, has any advantage for being saved (Romans 3:9-12). 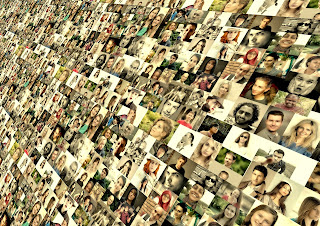 I've already addressed many objections and reasons why. Yes, I have a few more questions I'd like to address in future posts for this 'Salvation 101' series. But, the solid foundation has been established; Jesus Christ has completed all the work necessary. It is finished.

He [Christ] is the propitiation for our sins, and not for ours only but also for the sins of the whole world. (1 John 2:2 ESV)

The end result of looking at more of what God's word says about salvation will be an even greater understanding and assurance regarding His message and method of permanent reconciliation.

Click here to see all the 'Salvation 101' posts so far. If you're new to this blog, you may also be interested in "Why Scripture?" and "Scripture Q&A."

Note: In this post, I'm addressing the question "Who can be saved?" Not, "Who will be saved?" While it's true anyone can be saved, not everyone will be saved. Why not? Because there will be those who reject Christ as God's solution to condemnation, which was His judgment after Adam sinned.

Consider these verses and phrases from God's word to be sure His word says that anyone can be saved (ESV unless otherwise noted):
So, who can be saved?
Anyone! Anyone in the world.