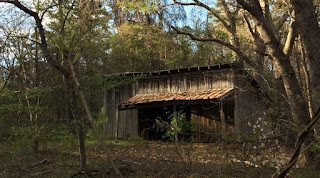 I think both sides are wrong; the story is neither evangelical nor blasphemous. I'll bet both sides are now united in at least one area: "This guy is nuts! What is he talking about? We can't both be wrong!" Here's what I mean...

It's wrong to take sides and miss the huge opportunity being made available.

With quarreling, any chance for a discerning conversation about spiritual matters, that could've taken place, is shut down before it starts. Rather, what's become important is to pick a side.

Is that the goal? Do we want people to pick a side based on how persuasive that side is in the review of a fictional book or movie? Isn't there something much bigger to discuss?

In quarreling, both sides are dismissing the other side's claims. If you think that is effectively evangelizing or contending for the faith, think again. Coming to one side because we want to avoid the other is like having the same motivation as a rebellious teenager.

Neither side is gently teaching nor reasonably considering the whole truth of God, with the audience at hand, from a Biblical perspective. Rather, each side is stating why they are right and the other side is wrong.

As a result, all of us are missing out on the opportunity to come to the full knowledge of the truth according to God's word.

If we're arguing, count me out. I don't want to be associated with either 'side'. But, if we're discussing biblical doctrine, by all means, count me in!

As a Christian, I believe there's one thing we can all love about 'The Shack', even if one hasn't read the book or seen the movie or wants to; it can start a wonderful conversation about things that concern God,

who wants all people to be saved and come to the full knowledge of the truth.
(1 Timothy 2:4)

According to Scripture, it's not about picking sides. It's shameful to shut down someone who is questioning or yielding to spiritual information. If unsaved, then who are we to judge who shall be saved? Paul talks about being all things to all people that he may save some...

I have become all things to all people, that by all means I might save some.
(1 Corinthians 9:22b)

If they are saved, Paul refers to hindering their growth in truth and grace as putting a stumbling block in front of a brother or sister.

Therefore let us not pass judgment on one another any longer, but rather decide never to put a stumbling block or hindrance in the way of a brother or sister. (Romans 14:13)

Who's to say God won't use a fictional story for good? The main character of the story, Mack, is obviously questioning and then yielding to spiritual information, albeit from a fictional stand-point.

In reality, isn't this how we all came to Christ, whether gently as a bubbling brook, or harsh as a winter gale? "For such were some of you..."

What if this situation were real and Mack was your neighbor? How would you respond to his inquiries and objections? How would you reconcile your answers to Scripture and show him God's reality versus your own opinion?

What if Mack was as quiet about spiritual matters in real life as represented in the story? He saves the hard questions for God and hides them from his own wife, even from his own life. Would we be so courageous as to bring up the fresh memory of an ugly tragedy in order to get him to open up?

I've asked myself those questions. I don't know if I could do it, or even should. Could I handle the grief and anger he must feel and would potentially unleash in my presence? Or would I merely walk away from this tipping point saying, "That must be tough. I can't imagine. I'll pray for you."

Personally, I'm grateful for such fictional works if it affords me the opportunity to lead others to God, or to at least engage in some conversation about spiritual matters, such as grace and truth.

Perhaps, I'm especially grateful for those works if human trauma is in the way of someone being genuine and vulnerable. It takes a lot to create a safe place. I don't know how to unlock someone's heart so forcibly held shut. If fiction is the catalyst that creates opportunity for the hurt and lost to talk about God and Scripture, so be it.

Yes, 'The Shack' is a powerful work of fiction. It might just be the key to unlock eternal questions in your heart. But, let's remember, it's only fiction. It does not accurately teach Bible doctrine and we shouldn't expect it to. That's not the role of a work of fiction.

But, neither are we as Christians accurately teaching Bible doctrine if instead we are busy establishing and picking sides, as if the characteristics and attributes of God could be separated.


Rather, speaking the truth in love, we are to grow up in every way into him who is the head, into Christ, from whom the whole body, joined and held together by every joint with which it is equipped, when each part is working properly, makes the body grow so that it builds itself up in love.
(Ephesians 4:15-16)
Posted by Dwight at 6:53 PM

THANK YOU, Candice! Better late than never? Sorry for the long delay before a reply.
Dwight

Very well said! We should use the movie, or the book, as a TOOL, not as scripture. Just like Jesus often uses parables to bring us closer to Him, this fictional look at a man questioning God is a modern day parable. I loved the movie, and as I mentioned to you, couldn't finish the book.

So read it or see it, but don't get too caught up in the "sides"!

Debate means that someone needs to be right. It's a cancer in the body of Christ. Dialogue is an awesome blessing and it's wonderful to be presented with godly things to ponder. He is not afraid of ANY questions we have.

One of the writers of the "Shack" is a dear friend of mine. The collaboration was a divinely inspired work. Each time I have read the book, the Lord has spoken to my heart and revealed himself in yet another gentle, endearing and healing experience. He is so Amazing! His complete love for me causes him to use whatever is available to me to speak love and truth, therefore life to me. That is what I was made for, intimacy with the love of my life, Jesus.

Bayleegirl, thank you so much for your beautiful comment!

I completely agree. When choosing sides (which separates us from people) becomes more important than loving conversation, we have to ask ourselves, how aligned are we with the heart of God? God never shuts us down. His love is patient and enduring, as ours should be. Great article!

Well said, Staci. Actually, I understand you've said more about this subject in today's society in a book you published called "Unconditioned Love: Healing Hearts and Minds in a Time of Conflict and Division" available from Amazon.

Not only do I understand you wrote this book, I read it. I gave a 5-start review and would highly recommend it. Your ability to address the heart issue is right on target. Great book!