What about our personal sins in regard to salvation? Nothing. Nothing at all. 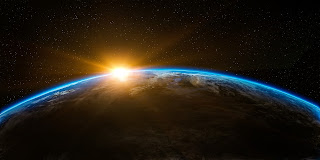 Because personal sins are not an issue in salvation. Not at all!

How is this possible?

We know God's perfect righteousness demanded complete justice, and someone had to pay the price of sins. Well, Jesus Christ fulfilled that requirement perfectly, once and for all. It was paid once, and it was paid for all.

All personal sins that were ever committed or would ever be committed were counted to Christ when He suffered and died on the cross. Christ paid the entire price in full for the sins of the whole world, even for sins that haven't even been committed yet.

"I knew it! There's a catch." No, not exactly. There's no catch, just a point of clarity. Christ dying for the sins of the world does not automatically result in individual reconciliation with the Father. The sacrifice Christ made completely satisfied the Father's justice and righteous requirements. But, sinners remain lost if they resist the Holy Spirit's testimony that Jesus is the Christ. Individual reconciliation with the Father is a result of belief (trust and reliance) in Jesus Christ as Savior.

How do we know from Scripture (not opinion) that the Father was completely satisfied with the sacrifice Christ made for the payment of the sins of the whole world?

What further evidence do we have that this means our personal sins are not being counted against us?

All this is from God, who through Christ reconciled us to himself and gave us the ministry of reconciliation; that is, in Christ God was reconciling the world to himself, not counting their trespasses against them, and entrusting to us the message of reconciliation. (2 Cor 5:18-19)

When or how are we saved and reconciled to the Father? Salvation is as simple as John 3:16. (See other posts in this blog series, Salvation 101.)

"For God so loved the world, that he gave his only Son, that whoever believes in him should not perish but have eternal life. (John 3:16)

How do we know that those who resist the Holy Spirit's testimony about Jesus Christ remain lost?

Whoever believes in him is not condemned, but whoever does not believe is condemned already, because he has not believed in the name of the only Son of God. (John 3:18)

The Gospel is not just Good News, but really Great News because of this, because personal sins are not an issue. Christ destroyed that barrier for reconciliation with the Father.

Salvation, as a result, is simple; simple, but not always easy. It's our sin nature that begs to have a part in being justified. Surely, we must do something to please God whom we've offended. But, righteousness does not come from us or anything we do, it comes from God as a gift. It's what He has accomplished through Christ. We only need accept the work He has done. Believe and be saved.

For there is no distinction: for all have sinned and fall short of the glory of God, and are justified by his grace as a gift, through the redemption that is in Christ Jesus, whom God put forward as a propitiation by his blood, to be received by faith. This was to show God's righteousness, because in his divine forbearance he had passed over former sins. It was to show his righteousness at the present time, so that he might be just and the justifier of the one who has faith in Jesus.
(Romans 3:22b-26)

Now to the one who works, his wages are not counted as a gift but as his due. And to the one who does not work but believes in him who justifies the ungodly, his faith is counted as righteousness,
(Romans 4:4-5)

For by grace you have been saved through faith. And this is not your own doing; it is the gift of God, not a result of works, so that no one may boast.
(Ephesians 2:8-9)